MILES PARALYSIS, the debut of the duo formed by Canadian math rocker Alex Litinsky (AM Overcast) and New Yorker Jon Markson (bass and vocals for the punk band Such Gold), was one of the best records Open Magazine reviewed in 2018: 11 songs packed up in 25 minutes, mixing math complexities and emocore melodies in an absolutely original way. A three ways conversation between Canada, USA and Italy allowed to know more details about this great project.

(Alex) Thank you for the review! The fact that a couple riffs can turn into a song that resonates with someone on the other side of the earth will always blow me away…
(Jon) I always appreciate it when someone digs deeply and specifically into a record. I think it’s album that invites you to dive in.

Can you explain how this project started? You both have other bands and careers to manage…

(A) Jon had contacted me through my other project’s (AM Overcast) Facebook page, letting me know that his punk-rock group Such Gold was going to be playing my home-town of Winnipeg. We met at the show and got along really well, which then lead to Jon and Such Gold asking if I would fill in on guitar for one of their tours. After spending more time together, Jon and I knew we had to collaborate on something – and voila!
(J) I always had it in the back of my mind that I would love to collaborate with Alex – truth be told I was hoping we would eventually collaborate after we met. When we decided to make a record we went in with very few expectations and just trusted that it would work. I think the fact that it worked SO WELL really inspired us to pursue making a full length album.

How did you work together in writing the songs?

(J) Alex is spot on. How we delivered and arranged the songs were a huge sonic collaboration as well. We were pretty meticulous about the sounds and the palette for the record and using those to their full capacity. We strive to keep it colorful and consistent without riding off the rails…. for now.
(A) A few songs were written in an evening together in Brooklyn, a few songs I had already written prior to recording, and same goes for Jon. We were sort of limited for recording time, so we used what we had…
(J) …but we already have a bunch of ideas for new songs, and I’m personally looking forward to hearing where they go!

Do you think that math and punk/emocore (Washington DC punk, so to say) may be considered as part of your roots? Not just your band, but also Jawbox, Mission of Burma, Smart Went Crazy, for instance.

(J) I think the DC scene is in our DNA but our main crossover point is Rob Crow (voice and guitar for Pinback). We are huge fans of his more intense guitar music work in the 90s and 2000s.  I think that was one of the first things musically we connected on in a big way.

Some of your songs are definitely complex – Open The City Up, for instance, is a sort of prog suite packed up in 2 minutes, considering the number of changes and sections… but you barely understand it at a first glance: a magical trick?

(A) Open The City Up is an example of one the songs I had already written prior to us meeting. It’s comprised of a few different ideas I had kicking around for a while.
(J) That song was a fun one to work on as an engineer. The way the scenes change drastically as the song stays moving along is very satisfying.
(A) Aside from the obvious tempo changes, there is a pretty constant 8th note pulse throughout the song which can actually reveal that its more simple than you may think. But then again, I’ve only heard the song 600 billion times…

For the moment, MILES PARALYSIS is quite a liquid project – no touring, nor hard copies of the record…

(J) I imagine that our songs will end up on Vinyl eventually…
(A) …and perhaps we will also tour in the future! – We both live very busy and distant lives.
(J) But life is long and I think we are going to be making music together for a very long time.
(A) And whether it’s live shows or simply more recordings, I really look forward to making more music with one of my best buds!
(J) Hopefully, that means we end up doing some touring in Europe.  I’m the kind of guy who really loves fantasizing and developing the live show – I’m sure it will happen eventually! 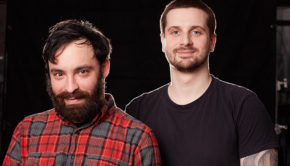 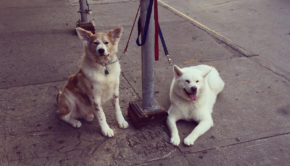 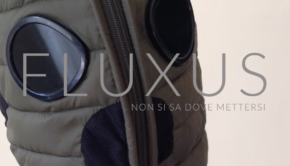