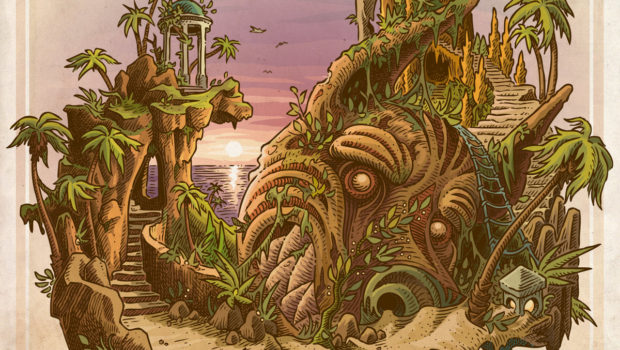 Tracklist
1. Isola Dei Lupi
2. Howling Courtyard
3. Hollowfang’s Tower
4. Villa Dell’Orsata
5. Saint Marten’s
6. Spotty Under The Trees
7. Ycnarr’s Rock Collection Pleached Path To The Cliff
8. The Bridge To Nowhere
9. Sleepy Critter
10. The Endless Silent Rain
11. Cereal And When
12. On The Chemistries Of The Defensive Sprays Of The Spotted And Striped Skunks
13. Psychic Photography
14. Supplement To The Ritual
15. The Ascension Of Greyfoot Badger
16. Isola Dei Lupi Reprise

For those who had lost sight of him since the time of the challenging and beautiful experimental discs with Thinking Plague, Hail and 5UU’s, the solo works of multi-instrumentalist Bob Drake will be a surprise, pleasant and unsettling: the sharp-edged taste of the American artist evolved in a bizarre and very personal form of pop. The avant-garde references, which left sinister shadows even to the more reassured melodies of Susanne Lewis, have long left their place to almost Baroque echoes, and to pastorals that recall the less frenetic branch of the  Cardiacs family (Sea Nymphs, William D. Drake); and in the most pop moments, the attitude to pop miniatures and self-irony of They Might Be Giants also comes to mind.

The tourbillon of the sixteen short stories in L’isola dei lupi makes it difficult to grasp at first glance an overall image: if the writing remains personal and recognizable, Bob Drake is nonetheless eclectic and difficult to enclose in a simple definition. The 39 minutes of jumps between lines and unusual rhythms, however, leave immediately the memory of many successful harmonies, vaguely in the head: and when the disc ends, you end up pressing play again, to try to recover some fragment of a line much more dense than its apparent lightness reveals.

Long time emigrated from the USA, Bob Drake produced also this record in his French studio, dedicating himself in solitude to recording traces and traces of disparate voices and instruments: the title in Italian, like the book of fountains of the Occitania that accompanies the ReR limited edition, underlines the fact that its imaginary is now European, which has found a home somewhere between the English psychedelic folk of Villa dell’Orsata, the Fellini-Rota style carillon of Saint Marten’s and the deviant beat of Bridge to Nowhere. The intensity of the music is often opposed to surreal texts (the scientific paper about the composition of repellents of the different kind of skunks – sic! – in On The Chemistries Of The Defensive Sprays Of The Spotted And Striped Skunks, the vague memories of a perhaps only dreamed TV program in Cereal and When), with a pop attitude underlined by the beautiful packaging designed by Joe Mruk. 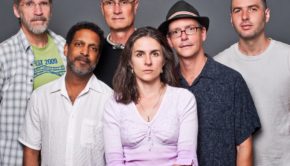 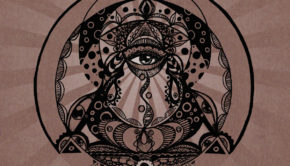 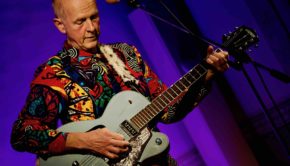